Not Enemies But Friends

Being predominantly blue in a red state is much like being a Catholic in a sea of Baptists, the latter of which I am well acquainted. I like the challenges of not being the majority and appreciate the hardships as it only makes me test my strength and spirit. My parents always encouraged me to seek knowledge and truth wherever that led me, which is why I spent almost a year visiting several churches:Baptist, Lutheran, Methodist, Messianic Judaism…and many more. I also read everything I could get my hands on to learn all that I could about my religion and others. I’ve lived in Wisconsin and Illinois and also Texas and North Carolina but never had I been viciously attacked for my religious beliefs until I moved to Georgia. I am thankful for this(although somewhat confused as to how someone could call themselves Christian while damning someone for praying in a different building than their own. Who knew a Catholic would not be welcome at a Baptist Bible Study?)for it pushed me to test and stretch my faith. Most of my friends are strong McCain supporters and it’s been interesting debating and talking about both candidates. I completely respect everyone’s opinion, especially if they’ve taken the time to research and know the issues and not just support a certain party because that’s what they’ve always done or that’s what their parents or significant other is doing. I feel it’s important for us all to have an opinion and be engaged. This is our country! No matter how cynical I am about politics, I still feel its imperative for me to pay attention and know what’s going on.


I have high expectations for this presidency and I am awaiting change with a hopeful heart. We have a long way to go but I believe Obama is the man to help lead us in the right direction. No matter with whom your support laid now is the time to come together and work for the future. I hope we can all come together under the spirit of this quote from Obama’s acceptance speech last night:

"As Lincoln said to a nation far more divided than ours, we are not enemies but friends. Though passion may have strained, it must not break our bonds of affection."


Speaking of friends and the future of our country, here are some pictures of them now….Andrew, Jordan and Patrick having fun spending the whole day together last weekend. 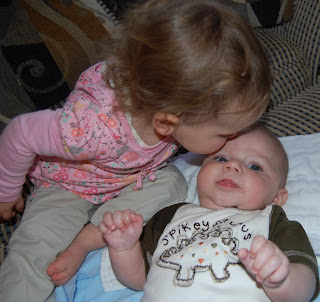 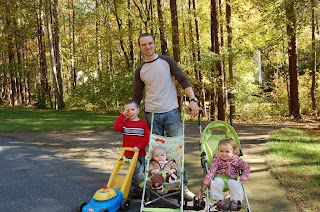 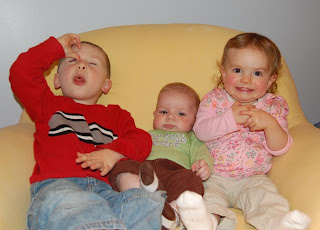 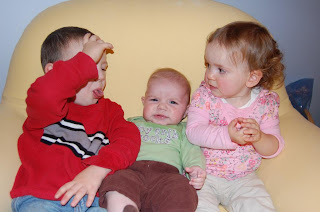 Email ThisBlogThis!Share to TwitterShare to FacebookShare to Pinterest
Labels: Election08

Well said Angie. I could not agree more. I'm hopeful that the age of deviciveness has ended. We all have the same goal, we just need to respect each other's path to that goal. Love you.

Well said, Angie--respect and unity are key. And look at those cute kiddos!

Go Angie! When it comes to everything God is the only judge! He will not be judging us on which temple we visited but on our heart. It's time for everyone to unite and become one!

Ang you have a kind and loving heart. A rose in an oinion patch as Uncle John would say. But our future does not rest upon the American political system (though I strongly believe that each of us is to fulfill our personal responsibility as Christian citizens, vote, and make positive contributions in our communities). Yes, we are responsible, but at the end of the day we trust in a God who is in control and for whom the Scripture says, "The nation's rage, but the purposes of the Lord cannot be thwarted!" (Psalm 2)Ther is something about us as human beings that just can't resist telling the whole world, "I was right—you were wrong." Let's just pray and support our new president for it by His hand this has come to be. Love the pictures , keep them coming