Hello again! Hope everybody had a great weekend.

We celebrated Abbie's birthday on Saturday by going to The High Museum of Art and seeing the Terracotta Army exhibit. We go to The High at least once a year for a Suskay birthday and I have to say, this has been my favorite exhibit so far. Here's the Cliff's Notes version of what we saw:

The exhibition includes complete terracotta warrior figures and represents one of the most important groups of works relating to the First Emperor ever to be loaned to the U.S.

The famed terracotta army was initially discovered in 1974. In recent years, ongoing excavations have revealed that the army stood guard over a vast underground palace of far greater complexity than was previously assumed. The exhibitions will present both iconic and recently discovered examples including warriors from the terracotta army, court officials, acrobats, musicians, terracotta chariot horses, and bronze water birds discovered beside the complex's underground river. It was a very impressive exhibit. Angie and I are usually more interested in the artist than the art when we attend these exhibits (usually due to our complete lack of knowledge of art) and this "artist" definitely didn't disappoint. The guy built himself an army to protect him in the afterlife. How crazy is that? It's use-700,000 workers-to-build-8,000 soldiers, 130 chariots with 520 horses and 150 cavalry horses-crazy. That's how crazy.

We, of course, took Patrick along for the ride as well. The museum didn't allow strollers so we just tag-teamed carrying him around. He loved looking at all the

statues and especially loved the horse replicas. We sat in front of those for a good five minutes while Patrick babbled and squealed away at them looking for any response. He actually did really great for the whole trip. We are VERY blessed to have a laid back baby that just goes with the flow most of the time.

After that, we went back to the Suskays' house, watched football and an old Bond movie and then went out to dinner at The Tuscany Grill (GREAT place for dinner, by the way).

Sunday morning we went to church then had a nice relaxing afternoon and evening. Patrick has started going to bed a little earlier the last few days which has been great. It gives Ang and I a little time to ourselves to just unwind and talk without having to pause for spit-up cleanup or diaper duty. But, we usually just sit around and talk about Patrick anyway.

Here are a few pictures from the weekend... 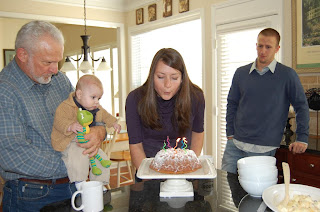 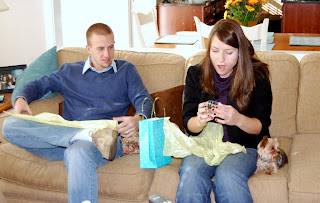 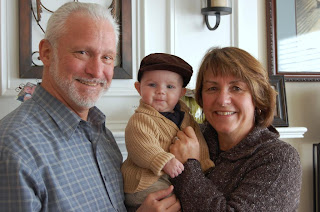 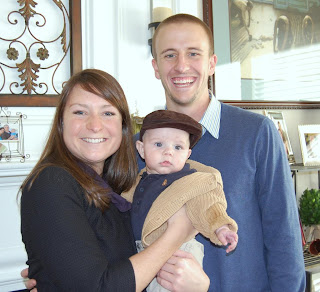