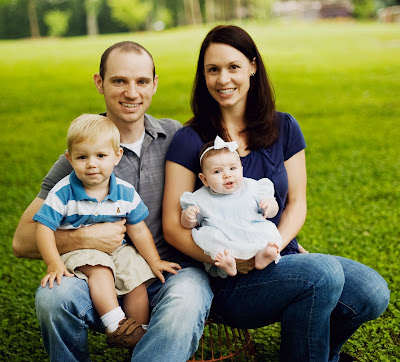 We mentioned a few posts ago that we were going to have some professional pictures taken of the kids. Well, that happened. And now we have them in our possession. As an Easter gift this year*, Papa and Meme gave us a photo session with a local photographer - Laura Brett Photography. It was such a cool gift idea. We've had professional pictures taken of Patrick before but they're usually the standard Sears or school pictures. And we've never had a family picture together. It also worked out perfectly because we were just figuring out where we wanted to get Madelyn's three month pictures taken.
The really impressive thing about the pictures to me is that they turned out as well as they did for as out of sorts as our kiddos were that day. Madelyn, who usually can't stop smiling all day long, woke up with a stuffy nose she had caught from her brother that day and was really tired since she didn't sleep very soundly. So she never smiled once the whole shoot. Then, Patrick was a little weirded out by a stranger taking pictures of him and wanting him to pull a wagon around or sit on a bench. Once he loosened up a little he did what he usually does when he's in a new place and got very curious about everything and just wanted to inspect it all. In case you've never seen someone inspect something, I'll tell you that there's usually not a lot of smiling involved. The photographer was awesome though and took a ton of pictures and promised us there would be good ones. And darned if she didn't know what she was talking about. Here are a few of our favorites: 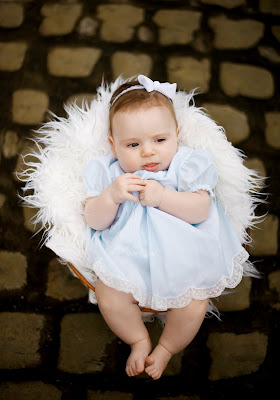 I love her toes in this one 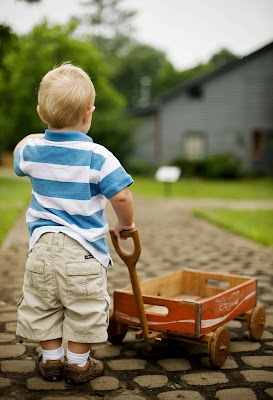 Pointing and Talking - what else? 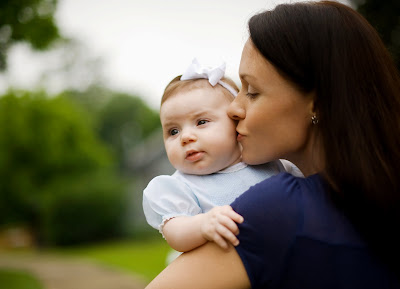 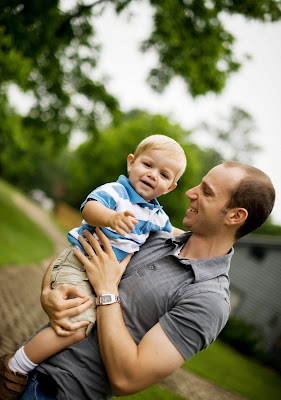 Being Goofy
You can see all of them in our picture gallery here:
Thank you again to Meme and Papa for the great gift. We'll treasure these pictures for years to come.
*At this point, I think they just use holidays as an excuse to spoil us.
Posted by Toby at 6/10/2010

Email ThisBlogThis!Share to TwitterShare to FacebookShare to Pinterest
Labels: Pictures

So beautiful! She captured some great moments!