We've celebrated St. Nick's Day at our house every year since we've had kids, but this year was definitely the most fun. We kind of used it as a Christmas kick off point for everything from getting our tree to hanging decorations to our Elf on the Shelf (named Moguls last year by Patrick).

The night before St. Nick's Day, the kids wrote notes to Santa telling him what they would like for Christmas, assuring him they had been well behaved and letting him know the cookies were for him. This was also Santa's chance to drop off Moguls the elf who would stay at our house through Christmas and keep an eye on the kids. Angie had the kids make "elf donuts" out of Cheerios for Moguls to eat when he arrived because starting off on Moguls's good side seemed like it was in everyone's best interest. 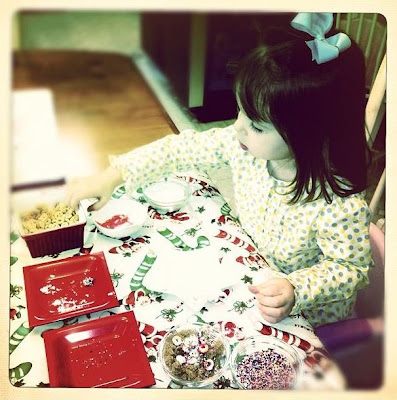 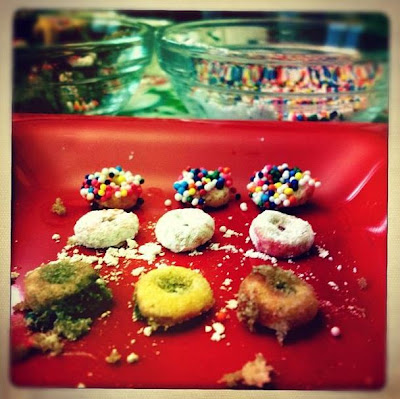 When the kids woke up the next morning, they raced downstairs to see what St. Nick had left for them. They got a few little things like a book, some candy, their ornament for this year and a snow globe. The snow globe was the big hit because both kids had asked Santa for a stuffed-animal boy and girl husky pup named Jingle and Belle respectively. The snow globes they each got had a little figurine of the dog inside which gave them confidence Santa knew what he was doing and wouldn't botch Christmas morning up :) 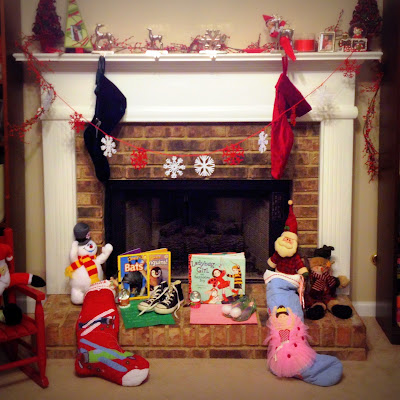 Here are some blurry pictures of the kids opening their gifts because THEY NEVER STOP MOVING...

This year's Elf on the Shelf was a lot more fun too. Last year, Maddy was too little to really get it and Patrick was just skeptical and a little creeped out. But this year, both kids woke up every day wanting to find where Moguls was hiding and couldn't wait to see where he'd be the next day. Moguls hid all over the house, mostly up high so as not to be manhandled, over the course of the month and the kids loved every second of it.

I really like that we've kept doing the St. Nick's tradition. It's been a great way to start off the season and get all of us in the Christmas mood. We had a really busy and fun December with the kids' Christmas programs, a way-too-large Christmas tree, three Christmas celebrations and tons more; but I'll save those for their own posts. Happy new year to everybody!
Posted by Toby at 1/04/2013