Awhile back I saw a cute idea on Jana's blog for an outside project. Grandma had seen a similar idea on Pinterest and for the next week or so we emailed and text messaged about ideas we had and what supplies we needed to make our own versions. Patrick's was a no brainer. Dinosaur Land was an immediate hit. Patrick knew exactly what he wanted his sign to say and what each dinosaur should be doing in Dinosaur Land -the herbivores eating plants, the water dinosaurs (is that a thing?) should be swimming, etc. Then I had the brilliant idea of burning the edges to his sign so it would look old - who in their right mind combines fire and paper and a 3 1/2 year old? Sometimes my parenting decisions are suspect. But, he loved it. (And now he wants to burn the edges of every piece of paper in the house.) In the morning, Toby took the kids to Pike's and let them pick out two plants each for their habitats. Patrick's were pretty spot on, I think. 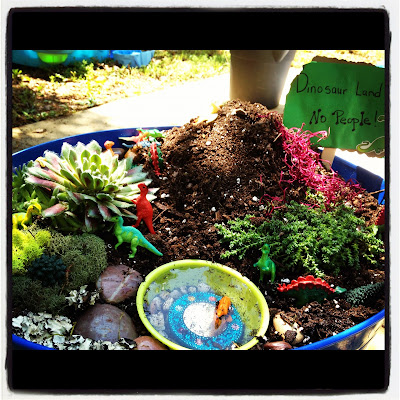 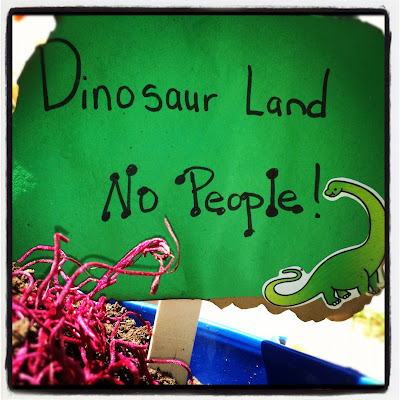 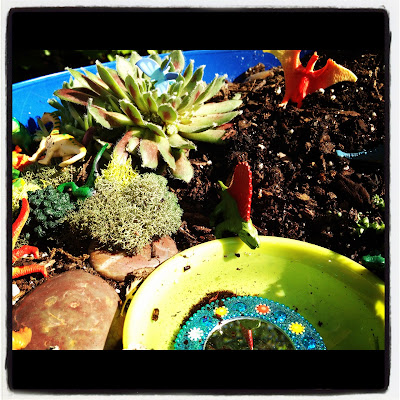 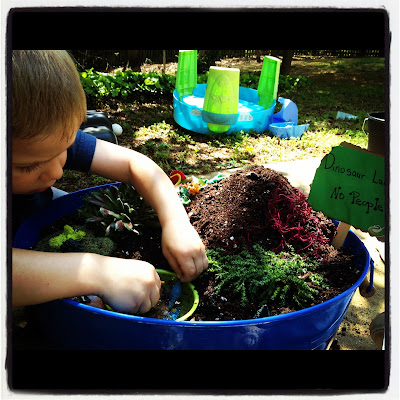 Goofy girl started out with the idea that we were going to make a Puppy Park. I asked her several times if she wanted to use puppies or fairies and puppies won out every time, until Grandma showed up with a bag full of tiny fairy figurines. Then she was in love, especially with the smallest fairy, whom Maddy assumed was the baby. So the Puppy Park turned into a Fairy Garden and Maddy couldn't have been happier about it. 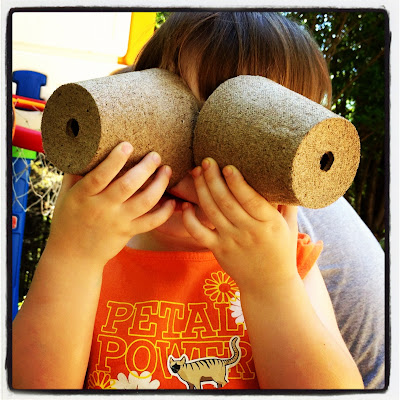 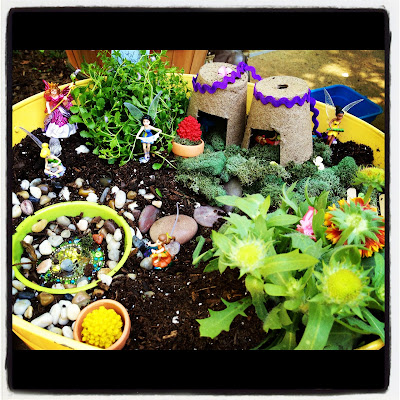 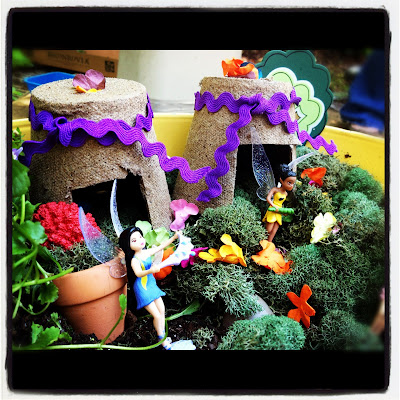 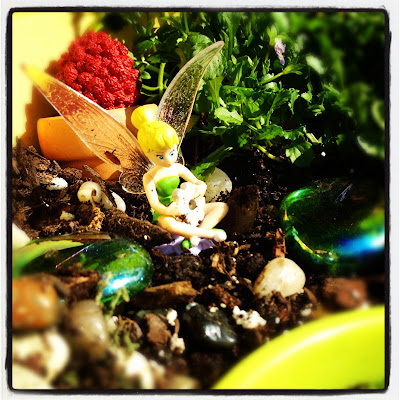 The most exciting part for Toby Patrick and Maddy was the erupting volcano. Baking soda + vinegar + red food coloring = minds blown. They were pretty amazed with it. And of course Madelyn then wanted one in her fairy garden. 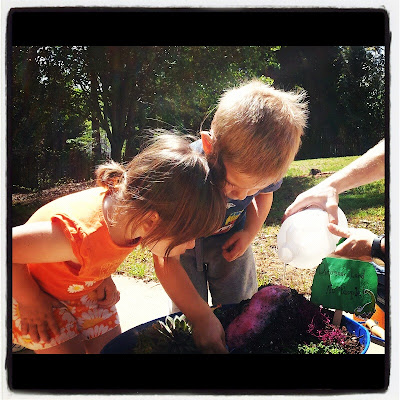 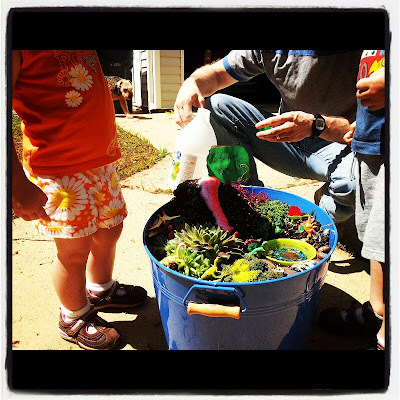 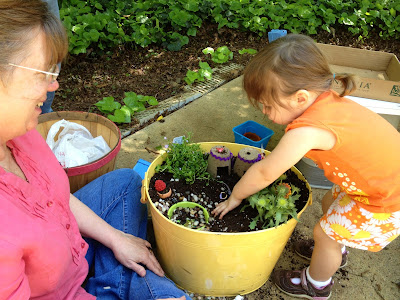 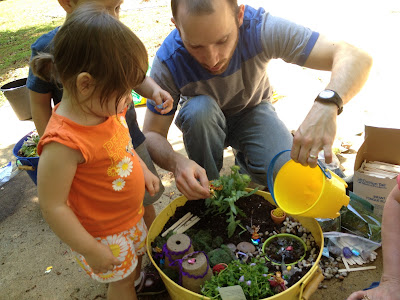 Email ThisBlogThis!Share to TwitterShare to FacebookShare to Pinterest
Labels: Projects

I had so much fun! Glad the kids are enjoying it (almost as much as we did)...
Grandma

These are amazing! And magical, so glad you capured them in picture. Love, Meme