Getting Back From The Beach

Whew! What an awesome week that just was. Honestly, the person who thought we should all have to work 40+ hours a week just to have a place to stay and some food to eat should be identified, found and introduced to the business end of a pummeling stick. (As if there's any other end to a pummeling stick.)

I figure since the last post was about our trip to the beach, I'd follow it up with a post about our last day on the beach and the trip back. Then go back and fill in the other days once we have a chance to go through  our pictures and videos. Our final day at the beach was split in two: the beginning where we had a great last couple hours playing on the nearly abandoned beach; and the end, where the universe conspired against us to make everything that could go wrong with a flight - short of crashing - go wrong. Every time it seemed the departure was going to right itself, Murphy's Law jumped in the pilot's seat and showed us what was up. But first, let's start with the good, because I've learned from Angie that it's best to eat your dessert first.

Our flight didn't leave until 4:45 yesterday afternoon which meant we had the whole morning to get in some beach time with the kids. Everyone else drove off around 6 AM to head back home which meant we had the beach house to ourselves. (It also meant all the pictures of the last day had to be taken with my phone since we sent our cameras back with the family.) It was great for the kids, who were exhausted at this point, to have a little down time before a long day of travel back home. We also discovered that most of the island had the same plan of leaving in the morning, which left pretty much the entire beach just to us. The added bonus of low tide gave about 9 miles of sand too. 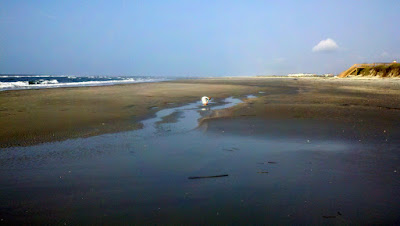 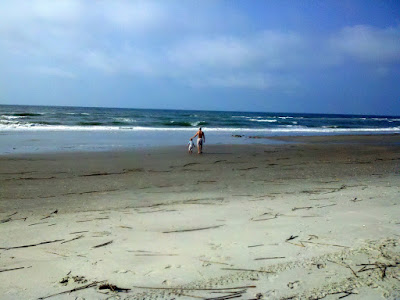 Patrick went straight away to puddle jumping with Madelyn close behind him... 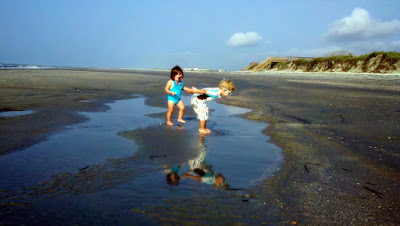 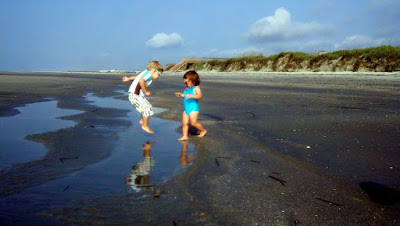 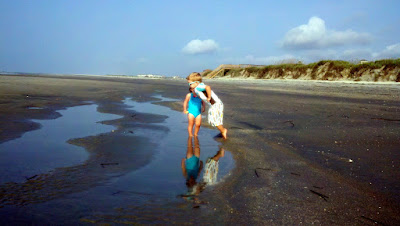 Then we ran in the waves, built a small city for the dump truck, dug lots of holes, poured sand in every crab hole we could find (one of Madelyn's favorite things to do this week) and just generally had a fun beachy time. 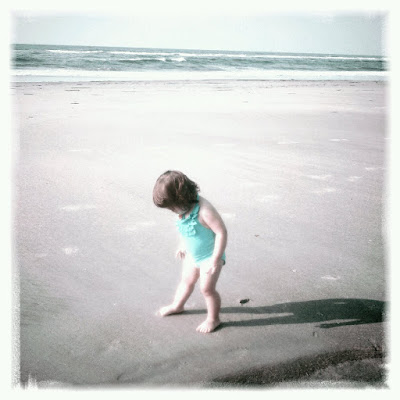 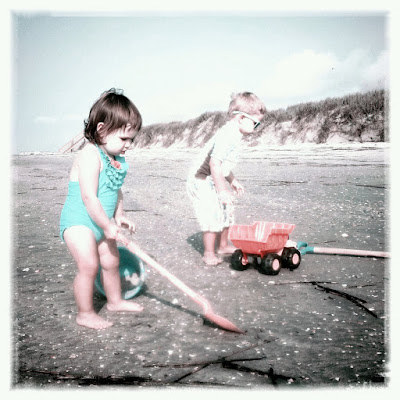 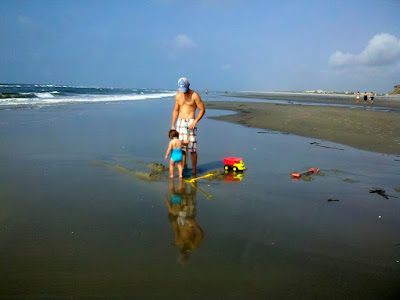 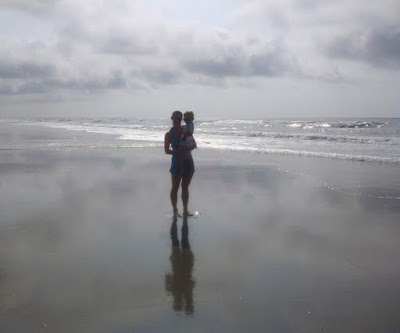 Then we got snacks, got dressed and headed off to the airport. That's where things went crazy...

We should have known we were in for a fun time when we realized Patrick's shoes had accidentally been sent back with all the other bags. Luckily the cab service we used was great and they gladly stopped on the way to the airport so we could get Patrick a new pair of Crocs (breaking my cardinal rule of parenting: never get your kid Crocs. Mostly because, you know, nobody should be wearing Crocs. Those things are hideous.).

I think the rest of the day's events work better to be explained in a list of sorts rather than me rambling on and on. First though, let me set the stage: the kids went to bed the night before after 10 PM because we were up late enjoying our final night with everyone. We all woke up at 5:30 AM that morning. We left the beach house at noon even though our flight wasn't until 4:45 so it could get cleaned for the next set of guests. We exhausted the kids playing on the beach that morning then only gave them an hour long car ride to attempt to nap. We got to the airport at 1:30 PM. And here's how the rest played out...


Despite the string of bad fortune along the way, I can tell you that there are few times we've been more proud of our kids. Their behavior was AMAZING. We didn't have a single break down from either one. They took every change in schedule in stride and their personalities bubbled to the top: Patrick asked me forty-thousand questions about what was happening (at least half of them were just "Why?" in response to whatever my last answer was) and Madelyn was silly and funny and made friends with everyone in the airport. It was confirmed that we weren't just imagining the good behavior when almost every person on our plane that had kids or grandkids stopped us and told us how impressed they were with Patrick and Madelyn's behavior. We told them in the car on the way home they could both have ice cream for every meal today if they wanted. Luckily they were both sound asleep within minutes of getting in their car seats :)
So now we're back home and going through unpacking and laundry and all that good stuff. The kids are still catching up on sleep and we're enjoying our last day of vacation before work starts up again. We can't wait to look through all the pictures and video from the trip! We had such a fun time and miss everyone a ton already. Hopefully we'll have a post up soon!
Posted by Toby at 8/07/2011

Um, that is horrible. I mean, you're all home & safe & the kids were great, but what a looong journey to get there! I think I would have cried at some point in there. Good job to all of you--can't wait to see more pics of the week!

It's amazing how much you and Toby and the kids go through. You and Toby give them so much every day of there lives, and when events like these happen, you both grasp them and cary on like you are experts! You both amaze me!!!