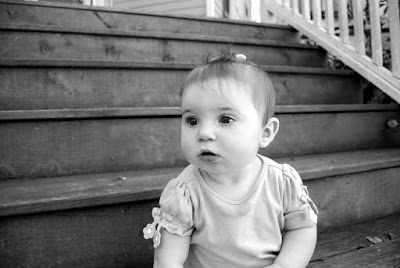 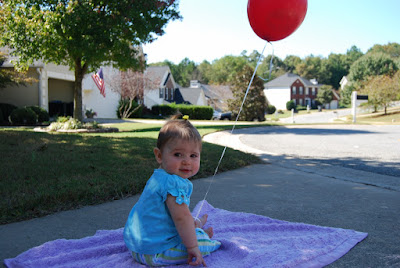 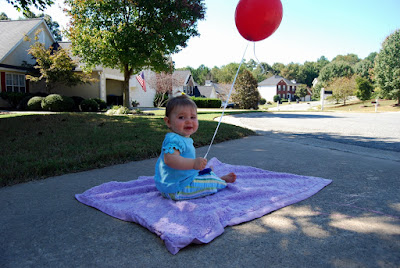 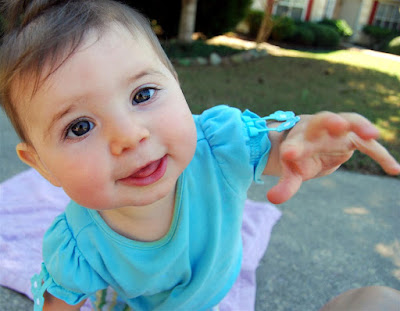 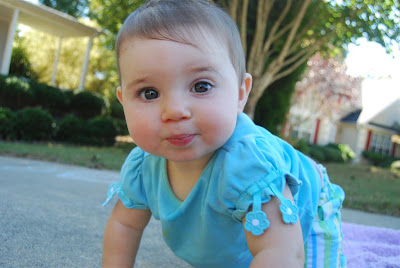 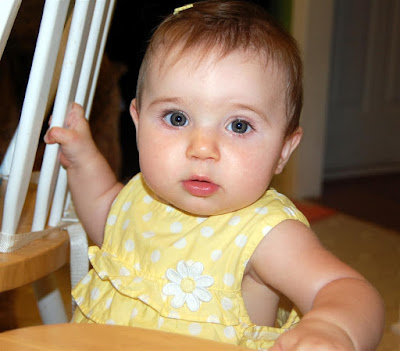 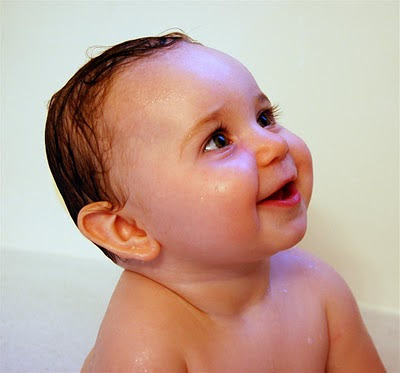 Over the last few days Madelyn seems like she’s gotten older. Some of it is that her fifth tooth finally broke through so the month-long crankyness has come to an end. But, she’s started verbalizing more lately and seems to have a new understanding of language and interaction. She still idolizes her big brother and thinks every move he makes is worth watching and every sound he makes is worth a giggle. Last night at dinner she had an apple slice in her hand and would hold it out for Patrick to eat. Patrick thought it was hilarious that Madelyn was feeding him (“Madelyn, you’re feeding me? That’s silly!”) and every time Patrick took a bite out of the apple it would send Maddy into a fit of laughter.

We’re so excited for this time of year and all the firsts Madelyn gets to experience. Her first Halloween is right around the corner and then we get to have her first Thanksgiving and Christmas and so many more firsts. Before we know it, she’ll be one year old and our baby won’t be a baby any more. Every day we try to remind ourselves to focus on the time we have now because she’ll never be seven months old again or eight months old again. I can tell you though that there is nothing that slows my day down and makes me live in the moment as much as a smile or hug from Madelyn. Happy eight months my sweet girl!

WOW! Our little Maddy is growing up so fast and so beautifully! I don't believe that I could love her anymore than I already do. Thank you so much for sharing your wonderful children with everyone and being such great parents! Maddy is AMAZING!!

Such precious pictures of our sweet Maddy! And these words just resonates in my heart as this time is going too fast!. Love you cherished little one. Love Meme

She is so beautiful! Love those cheeks and can't believe how fast she's changing!