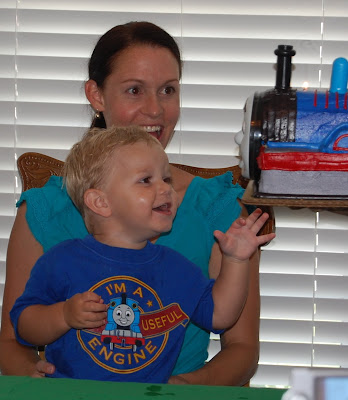 I LOVE that video! And Carson does too :) Brandon & I actually talked after the birthday party for awhile about what an amazing kid Patrick is. So loving, curious, sincere, and friendly. He's such a special boy, and we feel so blessed to be able to be part of him growing up. Thank you for sharing him. You guys are amazing parents. He is as lucky to have you as we are to have him. Happy birthday, buddy!

Happy Birthday Patrick! You are growing to be an even more wonderful little guy.

I have to say that I watch the video at least 3 times a day! It makes me so happy. I am so blessed that I live near you guys to share these wonderful times in Patrick's life! You both did a great job planning a great 2nd birthday for Patrick! Love you all!