I'm WAY behind on this (seeing as how it's Patrick's birthday tomorrow) but our baby girl turned four years old back in February. Here are a few things to note about Madelyn at four...

She is the silliest. Still. As she matures in every other way, her humor matures as well and it's hilarious to watch. She'll do anything for a joke and knows exactly what to say or do to make people laugh. She still turns it on especially heavy if she feels she's about to be in trouble for something :)


Spaghetti = skuhbetty
Eyelashes = ash-lies
Nail Polish = paint nolish (my favorite)
Bananas = Bee-annas (sadly, this one is no longer mispronounced)
If I see any of you trying to correct her on these, I will tackle you.

Here's a video of her saying skuhbetty:


She is IN LOVE with dance. We signed her up for dance lessons last year and she's gone every Wednesday since, only missing one week because of strep throat. She dances to everything that resembles music and is constantly moving. She even dances differently for different styles of music (I still haven't figured out how to dance properly to one style of music). Her ballet teacher bumped her up to the older class within the first few weeks and then put her front-and-center at her recital. For as fidgety and distracted as she tends to be most of the time, she immediately focuses and centers herself the second dance starts. She listens to every word the teacher says and tries really hard to follow her directions. We're extremely proud of how hard she's worked in class and are really happy that she's stuck with it and enjoys it.

We'll have more about her recital later but here's a short video from her dress rehearsal...

She is fearless. For a little girl who's had her share of bumps and bruises, you'd have no idea by watching her tackle life on a day-to-day basis. The other evening, Angie was making dinner and Madelyn came near the oven to help her out. Angie warned her of the heat and asked that she step back. Maddy got a little upset and Angie said something to the affect of "we don't want you to burn your hand again sweetie" to which Madelyn replied "Yea, but even though I burned my hand, I'm still alive, so I'm fine!" That seems to be her attitude towards life: whatever doesn't kill her only makes her stronger. She'll jump from any height, pick up any bug or animal we find and I've seen her straight-arm a kid more than once if they get too rough. Just a couple weeks ago we were at the beach with the Suskays and went crabbing one night. We came across some fisherman who had just caught a few small lemon sharks. There was a big group gathered around them and when one of the fisherman asked if anyone wanted to hold a shark Madelyn immediately made her way to the front and held out her hands to hold it! 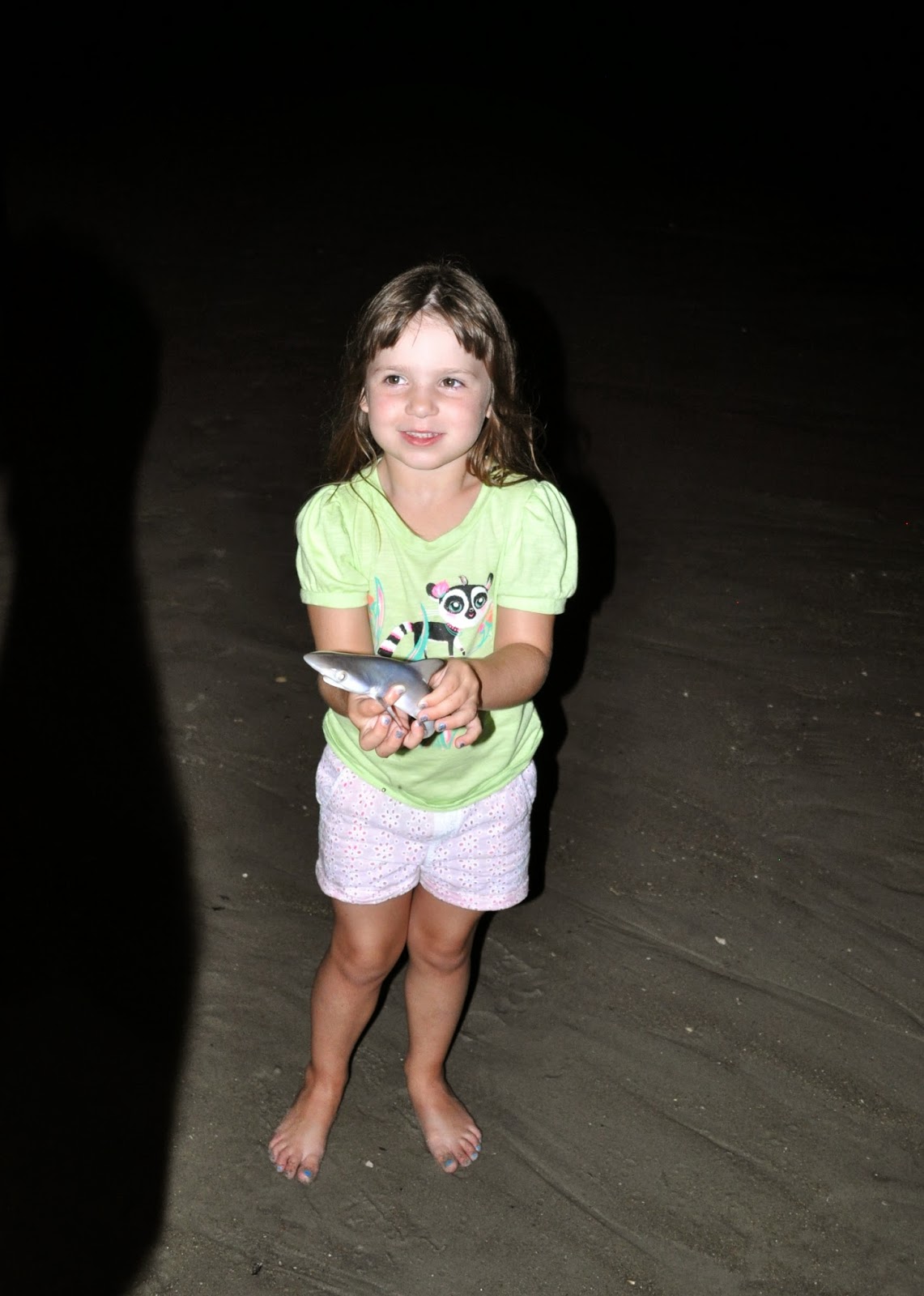 Underneath all her fearlessness and toughness, she is the sweetest girl I've ever met. She seems to really just love people and want to help everyone and make everyone happy. She'll frequently stop playing to pause for a hug and an "I love you" and says some of the sweetest, most genuine night-time prayers I've ever heard. Even though she plays in the mud and helps Patrick search for bugs all day, she changes dresses at least half-a-dozen times while doing it and makes sure all her princesses are well taken care of. 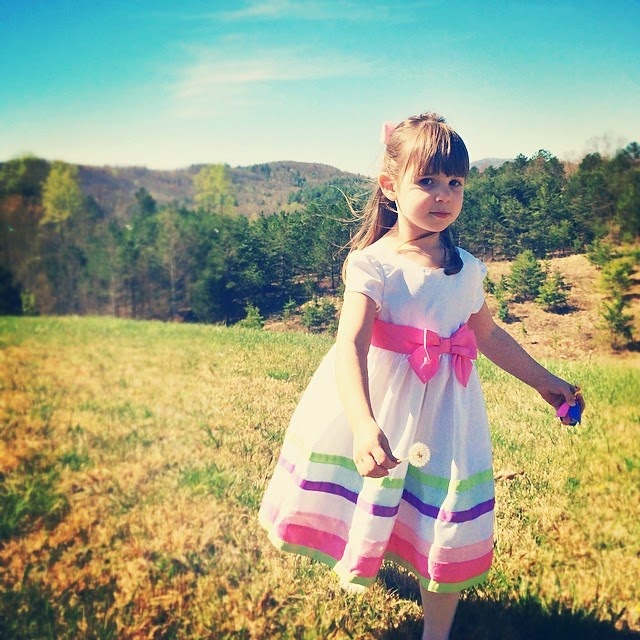 Speaking of Patrick, Madelyn is still in love with her older brother and looks up to him in every way. Like any sibling, she enjoys the occasional teasing and argues with him from time to time but he's pretty much her whole world. They're getting old enough that they have their own conversations and relationship completely independent of Angie and me and it's really neat to see. Madelyn just moved up to the Pre-K class at school at the beginning of summer and has a teacher that Patrick had a couple years ago. One morning while I was packing their school bags I heard her in the other room asking him questions about her class and what to expect on her first day because she was a little nervous. It was so sweet hearing her ask his advice and him give her honest answers that really did seem to help calm her fears. I know he didn't realize how much it meant to her but I could hear in her voice how relieved she was to have someone to talk to and take her seriously. We're thankful every day that they have each other and really love and respect each other. Remind us of that when they're 13 and 14 and are working as a team against us :) 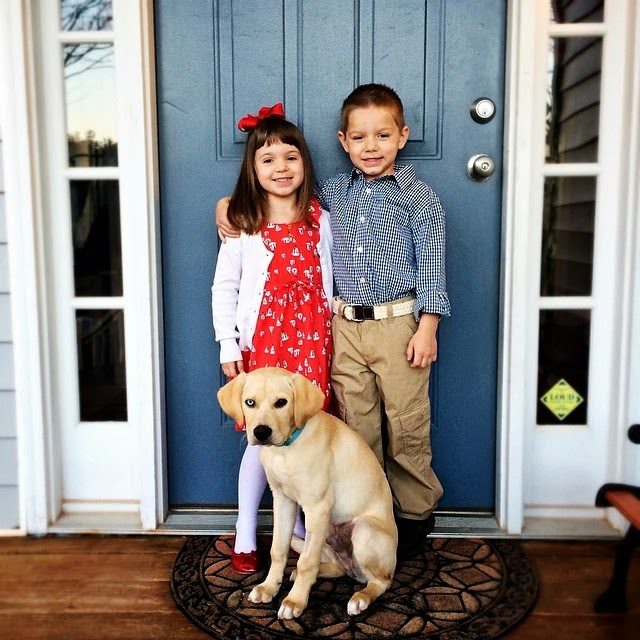 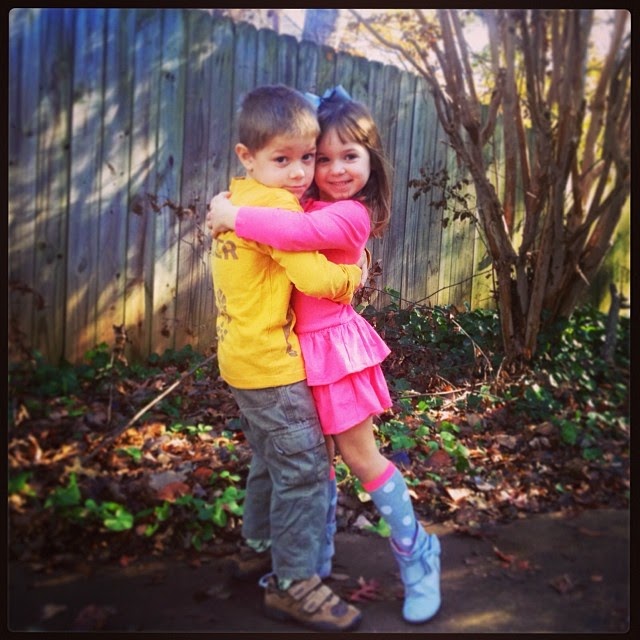 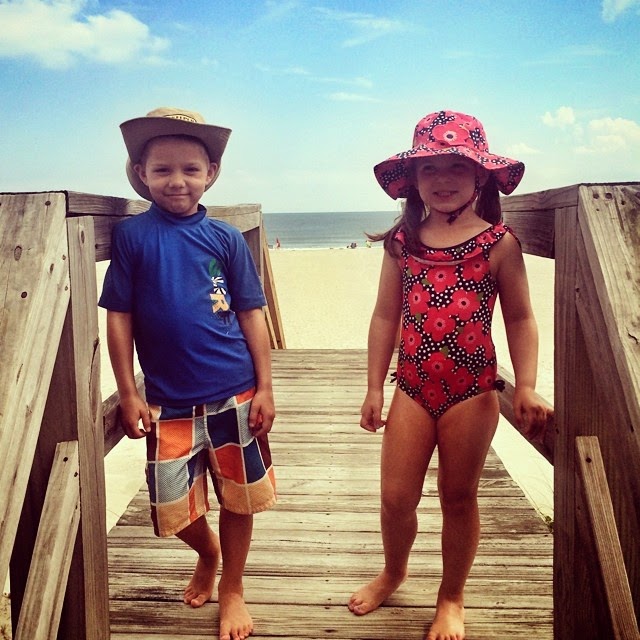 As always, I could write a book about Madelyn and still have more to say. She makes us laugh (and have mini-heart attacks) every single day. We love watching her grow up and are so happy to be her parents. Madelyn, you make us so so happy. We love you angel!