An Open Letter to the Insanely Rich

From: Toby, on behalf of the not rich people everywhere
Re: Let's make a baby (dinosaur) 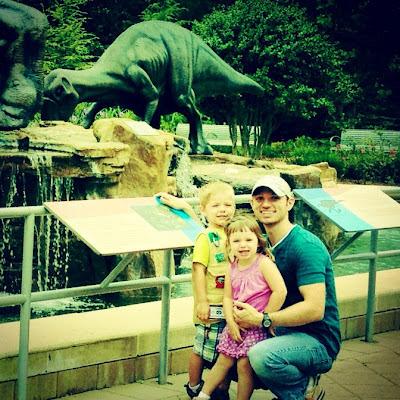 For as long as I can remember, I've loved dinosaurs. They're big (or not), majestic and a reminder that something much cooler than us used to dominate this planet. There were literally millions of years where these creatures were at the top of the food chain (and the bottom). They had daily routines just like animals today and had to learn to co-exist. When I was three years old, I decided I wanted to be a vertebrae paleontologist just so I could get close to any part of these animals. Later in life, I realized that I wanted a wife and kids and to not spend every evening washing sand out of all my nooks and crannies after laying on the desert all day searching for fossils. But, I'm still pretty amazed by dinosaurs and sad that I'll never actually see one run or eat. 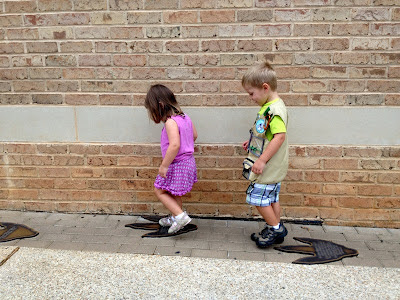 When the movie Jurassic Park was released almost 20 years ago (20?! WHAT THE HELL?!) I watched it countless times and imagined what it would be like to drive in a jeep to a field and catch my first glimpse of a brachiosaur eating its breakfast. I prayed that one day someone would be able to recreate just one dinosaur to see in person. 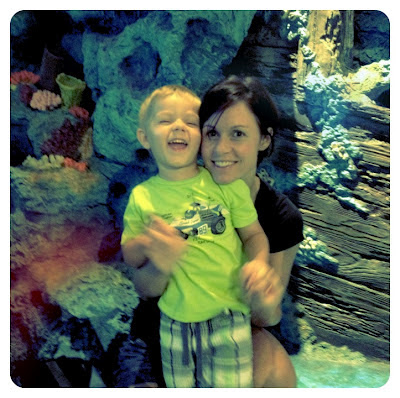 Well, it looks like somebody is going to try. I caught wind of a story about an eccentric billionaire in Australia who is going to try to make Jurassic Park and my whole day (life) got better. Now, I'll admit, I don't know much about Australia. The only things I'm positive exist there are great white sharks (thank you Shark Week, my other love), kangaroos and this dancing hurdler (courtesy of my wife, who loves this girl). But if this guy really exists in Australia and is crazy/rich enough to attempt a Jurassic Park, then my opinion of Australia just went soaring past my opinion of any other country I have limited knowledge of; which is most every country.

So, rich people, here's my request to you: let's make a baby. A baby dinosaur. You know what? Let's make lots of 'em. And let 'em get all big and cool.

See, you have TONS of money (literally tons if you put it on a very large scale) and if I've learned anything from watching TV or governments, it's that you can make whatever you want happen if you throw enough money at it.

Let's take a look at what you're doing with your money right now:

Buying yachts: Boring. You all have one. Nobody is impressed. Knock it off.
Buying helicopters/private jets: Again, you all have one already. Stop it.
Buying lots of cars: You lack creativity**. Just because you wanted to buy an expensive car when you didn't have money doesn't mean you should buy dozens of them now that you do.
Putting the money in overseas accounts so you don't get taxed: Ugh. Really? You might as well stash it under your enormously large mattress made out of baby angel feathers. Yawn. 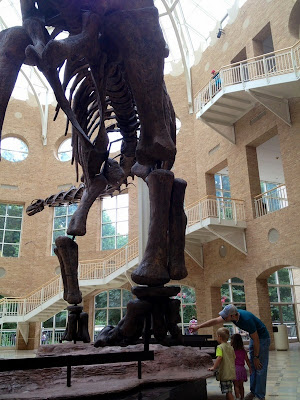 Just imagine how all your rich peers would react when you rode up to their stuffy fund raiser on an Allosaurus. Think how much more exciting your boring garden party would be if, occasionally, a giganotasaurus walked through and ate all the hors d'oeuvres and you casually commented "Oh that one? He's new. Come around back and I'll show you my others."

Isn't that exciting? I don't want you to think about whether or not you should do this or if it's "right." I don't want you to think about the science behind it or if it's even possible (from what I gather, most of you hate science anyway). I just want you to find the closest group of scientists and start giving them all your money. After all, this HAS to be possible given enough resources. If you look at the time line of the earth, we're closer to a Tyrannosaurus Rex than he was to a Stegosaurus. Here...

See? This can't be that hard. Make it happen. 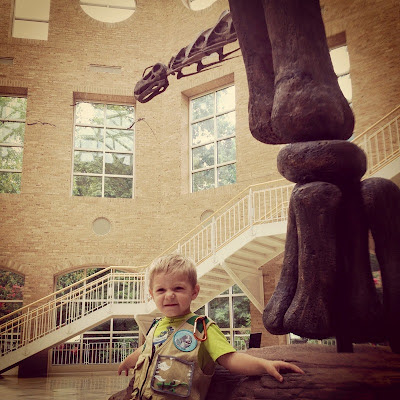 Stop buying dumb things. Stop buying lots of things. Just invest all your money into making some dinosaurs. I'll happily be a spokesperson for the project if you need one, given my obvious enthusiasm. Actually, you should probably use that Australian hurdler girl. She seems WAY more enthusiastic than me. Anyway, I'll be here if you need anything from me. In the meantime, I expect to see lots of dollars flowing into startup companies with names like DinoTech, BioDin and iDino.

Also, if you haven't seen Jurassic Park, don't watch the ending. No big deal; just don't worry about it. Let's get that money flowing.

*This post is just an excuse to post pictures from our visit to Fernbank this summer.
**If you get a chance, you should really watch the entire interview starting at Part 1. Malcolm Gladwell is always amazing.
Posted by Toby at 9/27/2012